Today I’d like to write a bit about the latest addition to the PhotoCrossroads Gallery. The image was taken last July (2013) in the Kawarthas area. I was driving on Highway 36 from the town of Buckhorn to another town in the area, Burleigh Falls. It was early. VERY early. It was July after all and to get some sunrise shots I had to get up, I don’t know, at 4 am. Or something like that. And of course, I didn’t get up at the first buzz of my alarm clock so I was late. 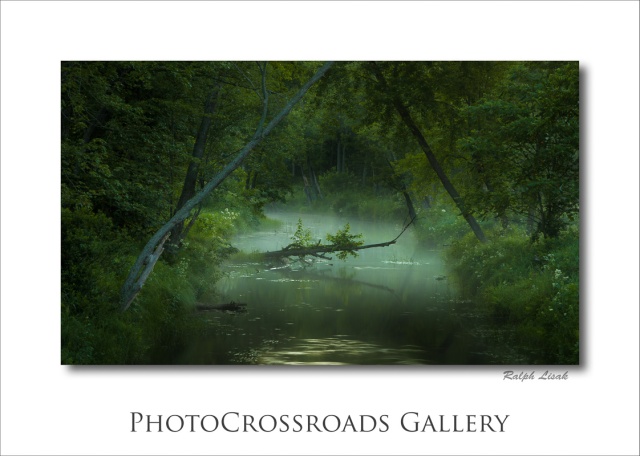 So, here I am, driving like a maniac to photograph Burleigh Falls (the actual Falls, not the town), I still have a few kilometers to go, and I know that this is not going to work. I know that no matter what, my car is not capable of getting me to where I planned to be, on time. I was beginning to process that thought when, in the corner of my eye, I saw this scene. I slammed the brakes and did a 180 degree spin at 120 km/h. Well, almost. But it felt like that. Kids, do not do it at home. Leave it to professionals. I was lucky there were no other cars on the road and I made it safely to the other side. But I lived and that is what matters.

This is the image “as is”, directly from the camera. I used 24mm – 105mm f/4L lens at f/18 and 105mm As you can see, the scene didn’t have a lot of dynamic range, so the histogram looks quite good and no tricks to expand the DR were needed. Other than the obviously crappy White Balance and lack of contrast, there were two major issues that I wanted to fix in the post processing. One, the foreground was bright and not very interesting. Secondly, the central portion of the background (the trees behind the fallen log) were a little too bright and distracting. 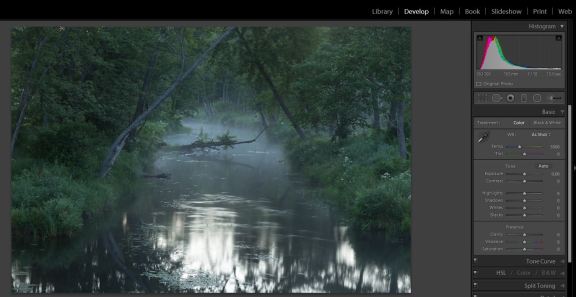 So, firstly I decided to crop the foreground out and level the photo. Here’s what I did: 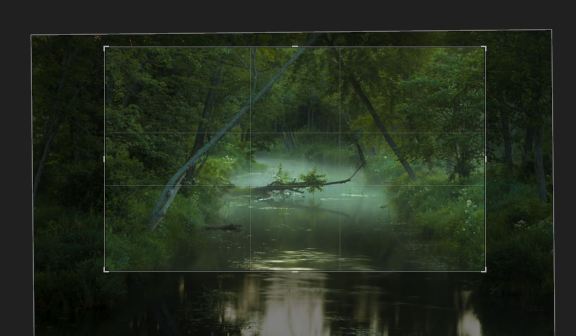 The next screen capture shows the kind of global adjustments I used to process the photo.

In my next step, I introduced local adjustments. One to darken the centre of the background and another one to increase contrast in the foreground (see the next two captures). 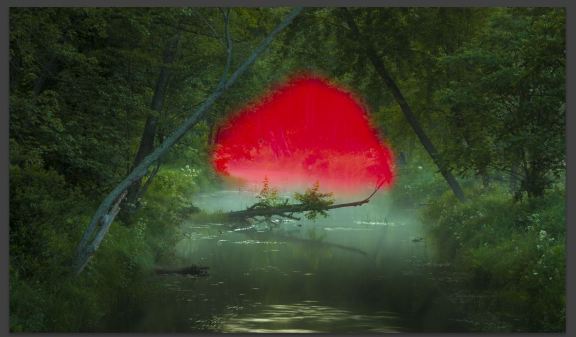 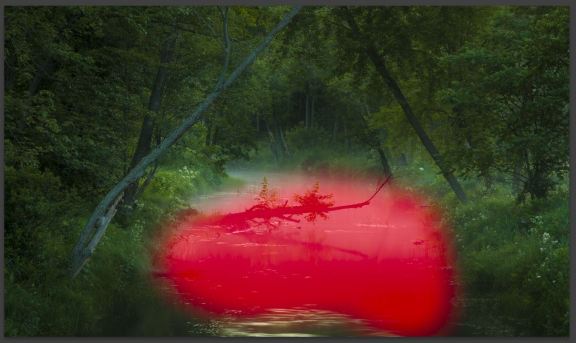 Finally, I decided to go a little bit for a “fairy tale look” so I shifted green hue a bit towards yellow. 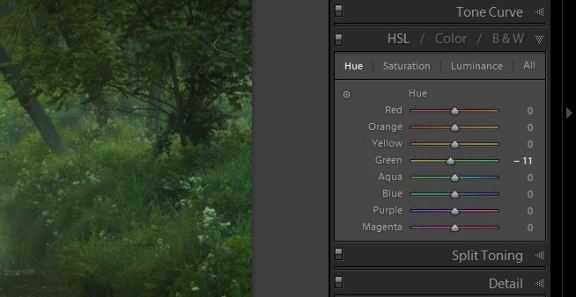 The last screen capture shows the map where I marked the area where this image was shot.

Last week I returned from a trip to the US South West. I spent over two weeks there visiting: Zion, Bryce Canyon, Death Valley, Grand Canyon and Sedona. The first four locations are without the doubt on the “A-List” of photo-destinations. Sedona, on the other hand, is more known as the New Age mecca for all things related to: vortexes, cosmic powers, natural healing, etc., despite the fact that visually it is very interesting. 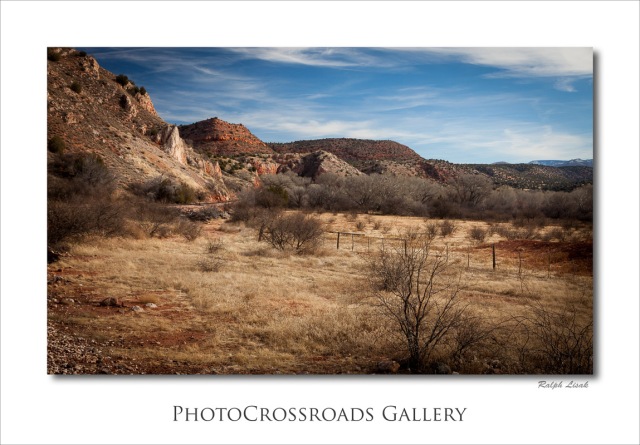 So, if you are in Sedona, what are the prime spots for landscape photography ? I found three locations that, I believe, have a very good potential for interesting images. The key word is: potential. As usual, everything depends on a happy coincidence of several factors, weather conditions being the most important. During my trip, most of the time I had to deal with bald, cloudless skies, the situation that strikes fear in the hearts of even seasoned landscape photographers.

SOOO, getting back to the locations in and around Sedona, here are my thoughts.

The photograph that illustrates today’s post was taken in the Verde Valley from the train I just mentioned above. At that point the train actually stopped and the engine was being moved to the back so we could start our trek back to Cottonwood. I had a little bit of time to find this scene. It was shot handheld (obviously) with polarizing filter on, at 45mm.

Happy New Year everybody ! Hope that you will have a great time and lost of fantastic shooting opportunities. 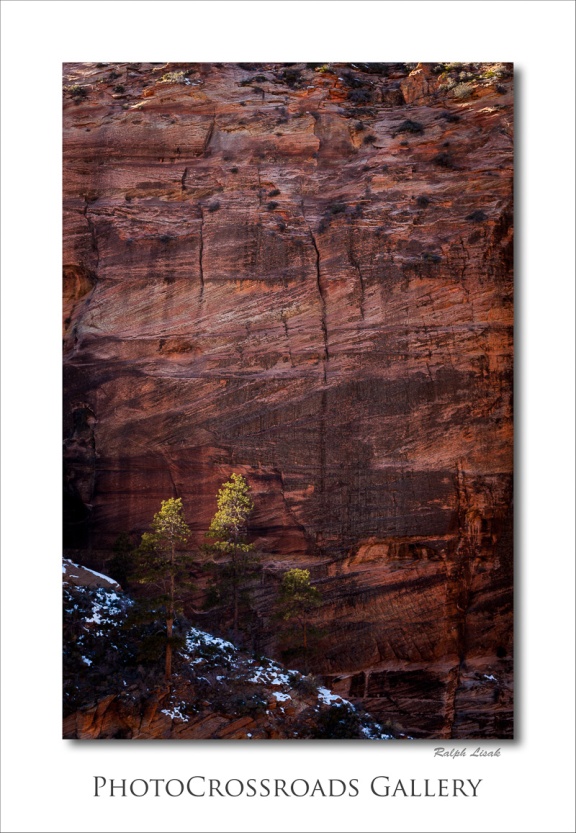 Well, well, well, another New Year bash came and went without major incidents (like having to dance 🙂 ) and it’s time to reflect of what the future may hold. So, without too much waiting, which trends  will be interesting to watch in 2014 in the world of photography ? There are the three areas that I’ll keep my eye on (in no particular order):

The image in this post was taken during my latest trip to the US South West. More specifically, I took it in Zion National Park while hiking from above the Scout Lookout on the West Rim Trail.

Zion &Bryce: The things I learned

I’m currently in Zion National Park and just returned from Bryce Canyon. What can I say ? Both places are breathtaking. I’m sure it is not my last visit in the area. The amazing concentration of iconic locations in a relatively small area of the US South West makes it the “go to” place for landscape photographers.

SOOO, what did I learn ? A few things. Here it is:

To all readers of this blog, Happy Holidays and awesome light !!! Keep shoting !!!

My thoughts on HDR. One more time.

It’s been a while since my last post and I must say, I don’t feel too good about it. Being consistent and persistent is something that I value quite a bit in life so for the last few weeks I felt a lot of guilt for neglecting my blog. But on the other hand, things happen, especially if life gets really busy at work and sometimes you have no choice. Anyway, I’ll try to post more regularly. Cheers. 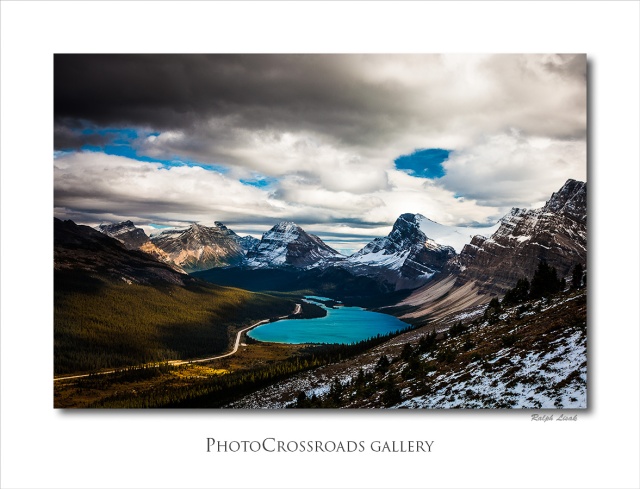 As some of you may remember, I mentioned in one of my previous posts about graduated filters, that I didn’t like the HDR. I didn’t delve into this subject deeper as I didn’t want to go off on a tangent. But then a few weeks ago I had a brief email exchange with a photographer friend which forced me to analyse a bit more in depth my feelings regarding this. I started to think about the reasons why I have those negative emotions about the HDR. What I concluded can be summarized in a couple of points:

Have I seen any good HDR images ? Yes. But unfortunately it doesn’t happen too often. There are very few photographers who really mastered it and as far as I understand they often use HDR in combination with some other techniques to achieve more subtle, natural results. Which brings us to a related subject. Perhaps the current crop of tools (Photoshop, Photomatix, etc.) is “not there yet”. May be they are not good enough yet. May be we have to wait a bit until the algorithms are improved. I don’t know. But I know that too many photographers are using HDR as a crutch. They mechanically plug a bunch of frames into a software, push some sliders and voila: A new artifical drama was created. Not my cup of tea.